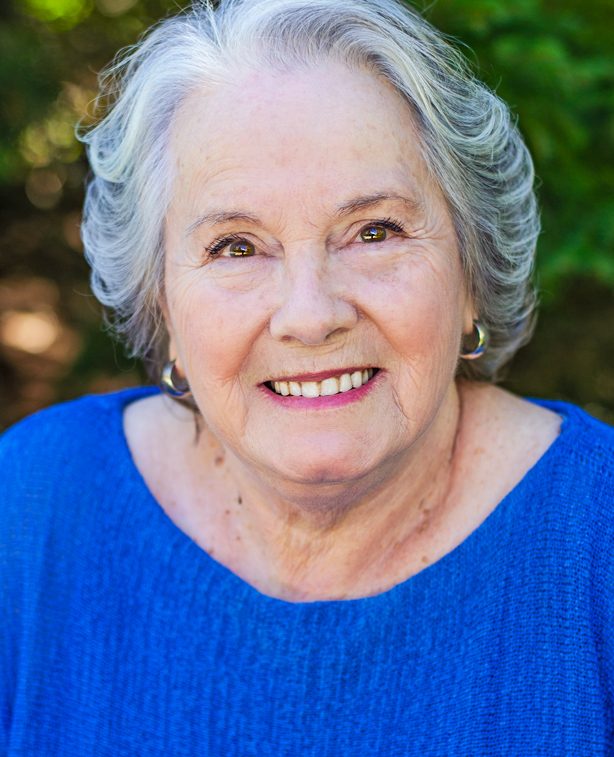 I don’t remember exactly what year I joined Bedford Players, but I have never regretted the decision. I actually signed up on the website, sight unseen (pun intended). I was doing background (extra) work on film and TV projects and someone suggested I should try Community Theatre. Bedford being the closest to home, became my target.

Shortly after posting on the website, I received a call from a lady who wanted me to help in the makeup department. Despite my many protests that I knew nothing about theatre makeup, she wouldn’t take no for an answer. If you have ever met Allie Parsons, you know what I mean. Thank you, Allie for convincing me I could do makeup. Over the years I have taken the Lead position in the makeup department using the skills Allie and Beth taught me. I have moved upstairs to volunteer as Front of House Staff (those are the people who greet you and take your ticket at the door). I’ve also helped with setting up the theatre, was a very clumsy Assistant Stage Manager, tried my hand at Producing a show and eventually became Front of House Manager. Oh, and I even replaced an actor or two who couldn’t be at rehearsal. There are so many jobs to try, it just never gets boring.

The best thing about being part of Bedford Players is the people. All the people, actors, volunteers in every department and the people who come to see the shows. Everyone is friendly, and welcoming.

To anyone who is thinking of joining Bedford Players, just do it. It’s free, it’s fun and it’s a fantastic way to meet new people and become part of the community.

Permanent link to this article: http://bedfordplayers.ca/?p=2014