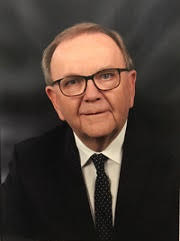 How did you get involved?  I’ve been involved for about 12 years. I’ve always had an interest in theatre and had acted in some plays during my school years. My interest was renewed when I noticed that Bedford Players did some pretty interesting plays. I decided to try out for one of the minor roles in one of their upcoming plays. Getting back into an acting role was challenging but it was also a wonderful experience. So many of the actors were so helpful in running lines, giving tips on voice and positioning plus the Director, Stage Manager and others worked with each of us to bring out our best performance. It was a great experience. However, acting and the practice that goes with it takes a consistent amount of time which was difficult for me due to my work schedule. After my first play, I talked with the Director and a couple of the senior folks in Bedford Players. They pointed out that there were many other roles I could undertake and still enjoy the ‘experience’ without having to find the time needed for an acting role. Some of those involved working on preparing the program, helping with the canteen, doing set up types of activities, and helping find different pieces of furniture for the stage that suited the time period of the play.

What roles have you had with BP?  In addition to helping out in preparing the program, working in the canteen, doing set up, and looking for props, I’ve helped Co-Produce and Produce several plays. This involves working with a team of other folks to ensure the play has sponsors, ensuring the media is aware of the play to help in promoting the play, ensuring there is a team to help with the stage design and there are folks to actually build the stage setting. Other tasks that a producer would be responsible for includes working with the folks who coordinate make-up, costumes, hall set up, refreshments, and front-of-house to name a few. It’s a job for a person who enjoys details, working with people, and who gets the big picture of what’s going on to help ensure all the background work is done to support what’s happening on stage. A lot of folks work in the background to support what we see on stage.

What is the best part of working with BP?  It’s the people that one has the opportunity to work with as the play unfolds and it’s the excitement of being a part of the fun of creating entertainment for the viewer. I remember looking out one night and seeing a friend in the audience who was totally enjoying the play. I’ve had that experience many times and seeing that enjoyment in the audience is a very powerful motivator. There are many reasons why folks come to a play … to be entertained, to escape the routine, to do something different for a few hours. Seeing folks enjoy themselves and being part of a group that contributes to that enjoyment is very uplifting and powerful.

What would you say to someone thinking about becoming a volunteer? I would recommend taking the first step and contacting Bedford Players, attend a play read or go to an audition. If this is of interest to you, then taking that first step is the critical piece. There are lots of options and all types of levels of involvement that can suit your life and work schedule. Being a part of a group that brings enjoyment to folks is powerful and empowering.

Permanent link to this article: http://bedfordplayers.ca/?p=2049