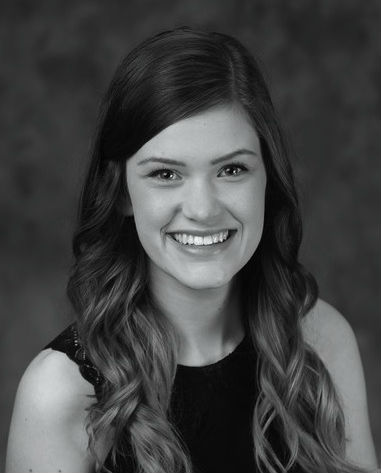 Each year Bedford Players provides a $1000 scholarship to a local student pursuing, or intending to pursue, theatre arts in a post-secondary institution.

The 2014 scholarship was recently presented to Rachel Smith of Lower Sackville.

Rachel has lived in  Lower Sackville for most of her life where she graduated from Sackville High School in 2012. She entered Dalhousie University without a clear vision of what she wanted to pursue, but because she had always been interested in theatre she took some courses in that department and quickly realized she wanted to major in Acting!

Rachel says, “I really love being on stage and having the opportunity to portray different characters.” After auditioning at Dalhousie she made it into the Acting Programme and is presently in her third year of study. Dalhousie’s Fountain School of Performing Arts is currently working on their production of Lion in the Streets, by Canadian playwright Judith Thompson. Rachel told us she is, “happy to have the privilege of performing in this very intriguing play!”

Rachel’s current experience is limited to stage acting and she enjoys musicals, but she would also like to try film in the future.

“I hope to be able to pursue acting as a career and I’ll go wherever that dream may lead me. I can’t picture myself doing anything else.“

We’re very happy to be able to support a local actor as she pursues her dream!  All the best in the future Rachel, or as they say in theatre…. “Break a leg!”

Permanent link to this article: http://bedfordplayers.ca/?p=296