The Fork on the Left

Bedford Players contributes to the community in a variety of ways.  For the fall 2014 production of Don’t Dress for Dinner the Theatre provided tickets to two community groups as a fundraiser.  We also donated $1 from each ticket sold to another organization.

On Wednesday, January 7, 2015 Bedford Players Community Theatre was very happy to make some presentations to these groups.

Amy Glynn, board member for Alice Housing received a cheque from Bedford Players for over $1900 which is the total of canteen tips, patron donations and $1 from each revenue ticket sold.  Amy spoke briefly to Bedford Players’ Board to thank them for providing this fundraising opportunity as well as helping to raise awareness for Alice Housing.

For more than 30 years, Alice Housing has been providing safe and affordable housing for women and their children leaving domestic violence.  With 18 units and a suite of supportive counselling services, including Live Safe and Healing the Bruises, it is one of the largest organizations of its kind in Canada.

Alice Housing is the most honoured organization east of Ontario by the William H Donner Foundation in their 15 year history of awards.  Other recognition includes the 2012 Charity Intelligence Top Pick Charity in Canada, the prestigious Peter F Drucker Award in 2010 for Non Profit Management and the 2009 Ethics Awards for the Non Profit Sector as determined by the Better Business Bureau- Maritime Provinces.

For more information regarding Alice Housing you can visit their website at: http://alicehousing.ca/ 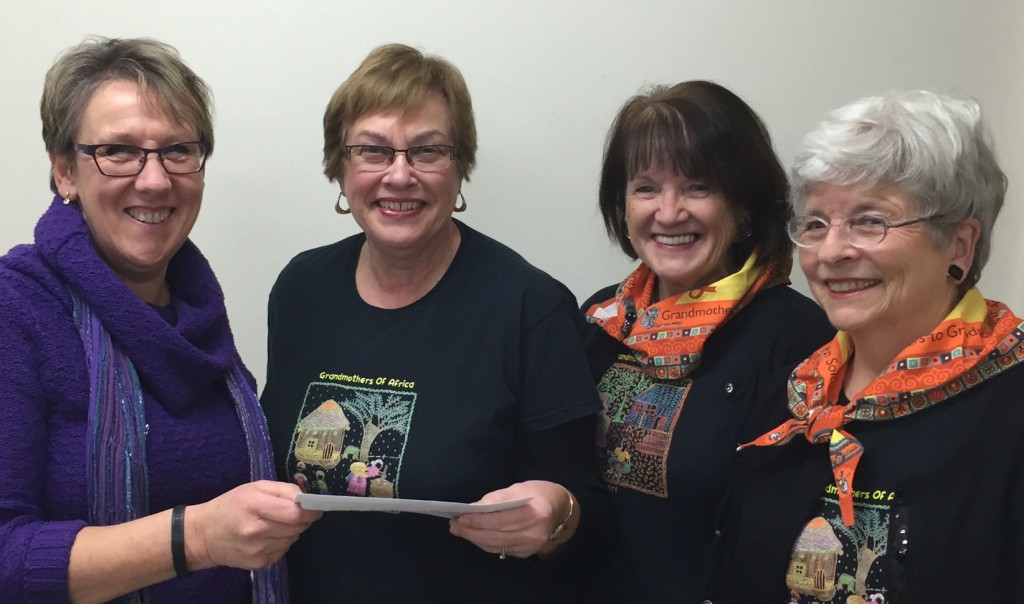 Marilyn Sceles, President of Bedford Grandmothers, received a cheque from Bedford Players for over $600. This amount was raised by the group through the sales of tickets provided by Bedford Players.  Marilyn  spoke briefly to Bedford Players’ Board thanking them for the fundraising opportunity. She explained that the Bedford Grandmothers is one of 240 groups across Canada which works in partnership with The Stephen Lewis Foundation (Grandmothers Campaign).  SLF coordinates with grassroots groups in sub-Saharan  Africa who support the grandmothers’ immediate needs as they struggle to provide for children orphaned by AIDS.   In many countries, over 40% of orphans are cared for by these dedicated grandmothers. When visiting Africa this year, Marilyn visited just one project in Jinja, Uganda, that was helping 650 grandmothers with housing and food for children in their care. Strides are being made,  but with the decrease in global  funding from countries effected by the recession, more requests are being received and processed by SLF.   The monies contributed by the Canadian Grandmothers Groups greatly  assist in the continuation and implementation of these projects.

For more information regarding the  Stephen Lewis Foundation (Grandmothers Campaign) see the website at http://www.stephenlewisfoundation.org/get-involved/grandmothers-campaign

A further donation will be made at the end of this season to Give Kids the World.

Permanent link to this article: http://bedfordplayers.ca/?p=303