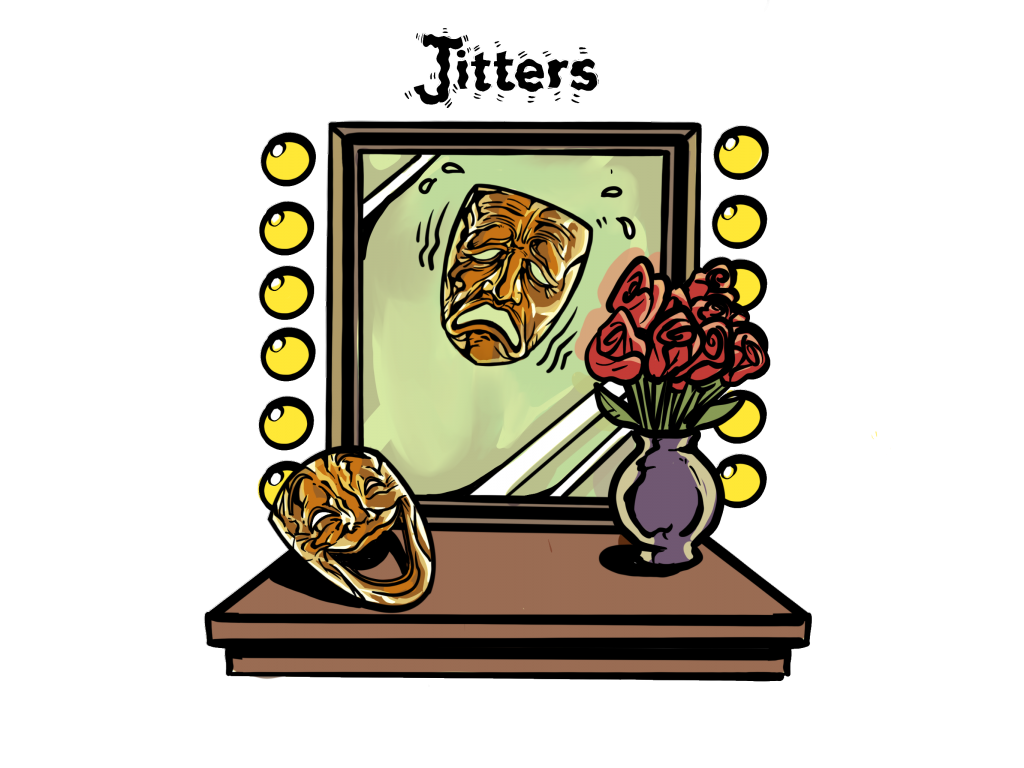 Jitters, David French’s backstage comedy, opens on the night of a preview of a new play, The Care and Treatment of Roses. Within minutes, the audience is plunged into the world of the theatre – larger-than-life personalities, easily bruised egos, contradictory interpretations of role and script – complicated by faulty props, close quarters, lost lines, and bad reviews, and all magnified by the opening night “jitters” of cast, crew, writer, and director.

First performed in 1979, Jitters was an instant critical and commercial success, and in the years since it has proved to be one of Canada’s most enduring and popular plays, both here and abroad.

Permanent link to this article: http://bedfordplayers.ca/?p=1907

Tickets for our next production will be available from: