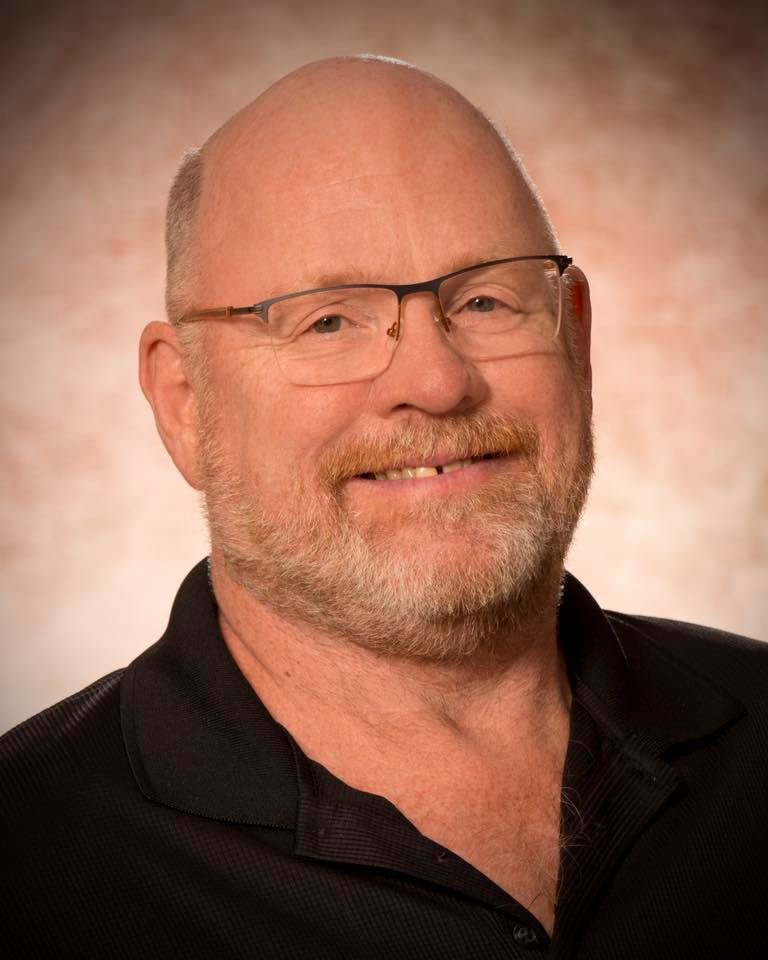 My first play at Bedford Players was as Magnus in the November 2006 The Real Inspector Hound,   directed by Janet Godsell. I had 50 lines, was in a wheelchair and had a wig.  At that time, I was quite involved with Dartmouth Players, having directed my first and last musical, “Walking Happy” in June of that year.  I
wanted to see what the other theatre companies were like and I auditioned on a whim.  I had seen a play at Bedford the previous year and quite enjoyed it. They appeared to have a close-knit community, similar to Dartmouth Players and other communities I had been involved in. BP is a great bunch of people.

At that time, it was my 11th role as an actor, I had also directed 2 plays and stage managed 4 others.  I
had also worked as a sound and light technician and a set builder and light hanger. I continued doing the
same at BP. Community theatre is just that: a community of people with like-minded goals of putting on a
top-notch play to entertain our loving and fiercely loyal patrons. As indicated, there are many roles that
a volunteer can get immersed in that doesn’t have to involve being on stage. Although, as a ham, I love to
be up under those lights, I find the other roles equally fulfilling. It takes dozens of volunteers to
successfully put on a play and it is great to see the well-oiled machine in action, its interactions, and the
look of satisfaction on the faces of patrons as they go home, having witnessed a fine spectacle. I am
passionate about this wonderful hobby and had quite frankly been languishing in the Covid doldrums until
the role of Professor Plum came along. I directed Jitters, the last play BP presented before the Covid
hammer came down, the day after it ended! Clue: On Stage was like a re-awakening. And now I get to be the
Sheriff of Nottingham in the upcoming production of The Somewhat True Tale of Robin Hood!  A baddy.  Pinch me; I think I’m dreaming. The Sheriff represents my 13th role on the Bedford Players stage. I love building sets and doing backstage stuff but treading the boards is my first love and I love acting here.

The best part of BP is the camaraderie and fun that comes with putting on a play.  Of course, we are very
serious about putting on a good product, but we have 2-3 months to get it together with many steps in the
process and we have lots of fun.  All work and no play makes Jack a dull boy.  Haha.  There is always
humour and laughter.  Theatre people are the funniest folks around, and many of my best friends come
from their ranks. We also have a blast doing monthly play reads.

There are a lot of roles that someone can volunteer for and we do have a bit of turnover as folks move or
retire or find other hobbies or find themselves pandemic risk-adverse. As I said, we have fun, and we love
to welcome newcomers into our group and teach them the fascinating ins and outs of this wonderful
community.  If you have even a slight interest, come on down and see what we have for you!

Permanent link to this article: https://bedfordplayers.ca/?p=2124