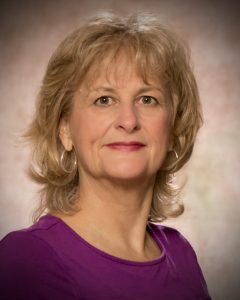 Some of the volunteer positions I’ve held are: actor. Producer, member at large on the Executive Council a couple different times, and I’ve worked the canteen and front of house.  Also I am the charity liaison person.  (If you’d like your non-profit to profit – let us know.)

My favourite of the above is definitely acting.  It gets the adrenaline pumping & working with others to put on an enjoyable show is really rewarding.  I’ve jokingly, or, not so jokingly said many times, “It is a stressful way to have fun!”  … and that it is!  In live theatre, lots of things happen & no two shows are the same! It adds excitement!

The best thing about being a part of Bedford Players is the sense of family.  Working together, supporting one another, and developing long lasting friendships.  That and of course putting on a great show!

Anyone interested in becoming a part of Bedford Players, I’d say do it.  Nothing to lose & lots to gain. Everyone starts somewhere & someone in your area of interest could walk you through what’s expected. Whether it is acting, costumes, set building, props, stage managing, directing, producing, light and sound design, front of house greeter, or, other things.   It’s a fun group – not to mention the social times that happen after a performance!

Permanent link to this article: https://bedfordplayers.ca/?p=2132